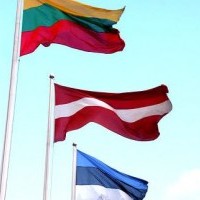 Estonia recorded the largest employment growth in the second quarter year on year, at 3.1%, according to the EU statistical office Eurostat data, bbn.ee reports. Latvia was second with 1.9% growth, followed by Malta with 1.6% and Lithuania with 1.5%. In the EU, the average employment fell 0.2 percent from the second quarter of 2011, whereas eurozone recorded a 0.6 percent fall.

According to Eurostat, in the second quarter, 223.4 million people were employed in the EU, of which 146.4 million were in the euro area.

Employment in Greece fell 9 per-cent, 4.2 percent in Portugal and 4 percent in Spain.

In comparison with the first quarter, the largest quarter-on-quarter increases were registered in Lithuania (1.1%) and Lithuania and Estonia (0.9% each).

EU registered a 0.1% increase in employment, whereas employment level in the eurozone remained un-changed.
In quarterly terms, employment fell most in Bulgaria (1.3%), Cyprus (0.5%), Spain and Slovenia (0.4% each).