Companies and the state - eternal relationship 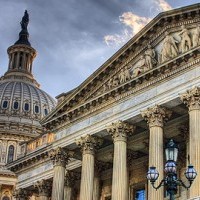 The relationship between business and government is becoming increasingly antagonistic. But the two sides should not overdo it: they need each other.

Much political rhetoric across the spectrum suggests that the relationship between companies and the state is in essence antagonistic. Those on the right argue that government interferes far too much in the process of wealth generation and hinders rather than helps commerce. Those on the left depict business as a ravenous predator that government needs to control, exploiting workers and consumers and evading taxes.

All that combative talk made it harder to respond to the 2007-08 banking crisis. The collapse of the subprime-mortgage market and the subsequent rescue of the banking sector created a sense of anger towards the financial elite which turned into a wider frustration with the corporate world. The crisis led to a plunge in tax revenues and a sharp rise in budget deficits, prompting governments to pursue austerity programmes that imposed tax increases on many middle-class people and cut the benefits of the less well-off. Such a climate breeds resentment of companies that are seen as not paying their fair share of taxes or of exploiting their monopoly pricing power.

In response, governments have introduced strict new regulation, particularly for banks, and sought to crack down on the use of offshore tax havens. But they have also recognised that they cannot afford to drive multinational business away. Some countries, including Britain, have cut their tax rates in order to attract new business from abroad.

For all their differences, the two sides need each other. Governments rely on businesses to drive economic growth, create jobs and generate the exports to ensure that their countries can pay their way in the world.

Businesses, for their part, need governments. It is not just that they provide the legal systems and the basic security that allow companies to operate in the first place; they also educate the workers on whom firms depend, and they create the infrastructure—roads, railways and air-traffic control—that enables companies to get their goods to market. Moreover, governments undertake a lot of scientific research that businesses can turn into commercial products, from the internet to satellite positioning systems to drug development.