Discussion on the Nordic-Baltic cultural cooperation held in Vilnius 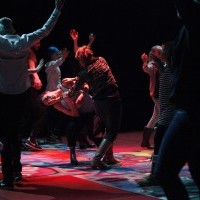 “The more joint initiatives we will launch in the social, educational and cultural spheres, the better future we will create for the region that will become increasingly more important as a model for the whole of Europe,” the Vice-Minister said.

During the event, the Foreign Ministry’s award of honour – Lithuanian Diplomacy Star – was conferred on the Norwegian Film Institute’s representative Jan Erik Holst for contributing to the development of the Nordic and Baltic cultural cooperation.

This year Lithuania co-ordinates the agenda of the Nordic Baltic Eight (NB8) and this allows us intensify the dialogue with our Nordic partners in various spheres. This event also aims to draw greater attention to the cultural cooperation with the Nordic countries.