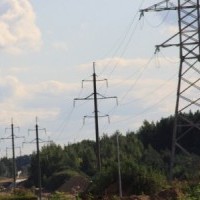 The electrical bridge project to connect Lithuania with the western energy system is expeditiously moving forward not only in Lithuania, but in Poland as well. The ‘LitPol Link’ connection, which should begin operations in about three years, will help Lithuania to reduce its dependence upon Russia’s energy system.

‘On the Lithuanian side, the technical project involving a 330 kilovolt switchyard and a power line from Alytus to the Polish border has been prepared. Currently, geological and archaeological studies are taking place in the Alytus and Lazdijai districts, with the goal of obtaining all building permits for the line and switchyard’, -said J. Neverovičius.

Most of the owners of the land through which the line would be built agreed to the construction of a 50-kilometre electric bridge. This work is moving slightly more slowly in Poland, where the trail is twice as long and more complicated, because it crosses regional parks and nature reserves. However, after a long discussion, the line route was approved on the Polish side as well. An environmental impact study is already under consideration and the technical aspect of the project is being prepared.

‘The work with the territorial planning documents for individual districts is progressing. In addition, negotiations with landowners have been held and we can be proud that in some rural districts, agreements with almost all of them have been reached quite fast. The Seinai and Punskas districts have been the leaders in this effort; in these districts, the process is coming to an end’ – said ‘LitPol Link’ manager.

The Polish company ‘PSE Operator’ from Podlasie voivodship has already been granted permits for the construction of the first section of the new power line, the 400 kilowatt electric Narew-Ostrołęka line. Costs for the first stage are about 2 milliard Zloty (53905 million Litas), of which 683 million Zloty (539.5 million Litas) will be provided from European support. This phase should be completed by 2015.

The inter-system connection will connect the three Baltic States with the western European electricity transmission infrastructure and will facilitate its integration into electricity markets. ‘LitPol Link’ shareholders are Lithuanian and Polish transmission system operator companies ‘Litgrid’ and Polish ‘PSE Operator’, which control 50 per cent of the shares.