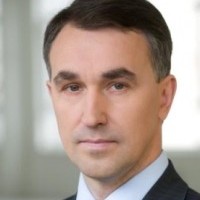 As far as foreign policy is concerned, over the past two decades Lithuania achieved much more than harsh sceptics could have imagined and probably a little bit less than absolute optimists forecasted. We are full-fledged members of the transatlantic security zone, European political and economic zone, we’ve gained stability and trust, mastered new instruments and areas of cooperation, Member of the Parliament Petras Auštrevičius wrote in lrytas.lt portal on 13 July.

It’s obvious that the strength and greatest potential of our foreign policy is the active and tangible participation in the multinational EU and NATO decision making processes. We should maintain firmly this position and pursue the set political targets, strengthen the activities and global influence of these organizations.

The last two decades allow making certain generalizations regarding the foreign policy. First of all, it’s the huge mobilization potential when aiming for priorities that are agreed upon unanimously by the available public support, the importance of strategic partners while achieving common goals and having an agreement, interinstitutional communication to achieve national goals which effectiveness, unfortunately, isn’t stable, limited administrative and other resources, requiring a proper allocation of powers each time.

During this time, another role of Lithuania within the framework of the EU and NATO has surfaced – the Eastern direction and our constant attempts to have an influence in this region. At one point, especially right after joining the EU, the Eastern policy dimension was dominating our foreign policy completely. But such exceptional attention didn’t always give tangible results – predicting changes or making a considerable influence on them in Eastern European countries wasn’t always a success. Lithuania’s mission to support democratic changes in the East is the continuation of historic experience, there our leadership is needed and we must carry on.

Over the last year, the course of Lithuania’s foreign policy, apparently, has changed slightly once again. We are more oriented towards the Baltic Sea region and Northern Europe, especially when talking about the country’s progress and the visions of creating economic wellbeing. This, among other things, means changing the closest partners. But in general, it should be mentioned that Lithuania is no longer a country of Eastern Europe, but what it is exactly – is difficult to say at the moment. There are assumptions that Lithuania is getting more and more like a country in the north-western part of Europe. I’m sure you’ll agree that the Baltic Sea can’t be the dividing line between the West and the East.

Lithuania, looking for allies in Europe, too often used to jump from one partner to another, perhaps even decreasing self-confidence by doing so. That’s why we are in the situation that’s not very clear.

Now is the perfect time for Lithuania to choose a beneficial direction, i.e., the orientation towards the EU core. This is the only reliable and perspective way. The Greek version of European integration doesn’t fit Lithuania, so let’s decisively choose the right path for us. Because of under-coordinated common fiscal policy, Europe has divided into the so-called two-speed lanes. Some would like to paint them clearly and irreversibly, but for Lithuania, which is currently at the border of the EU core, that’s not a favourable scenario. Thus with all resources gathered we should speak up and pursue that the EU would be as much and as deeply integrated as possible, and that’s, by the way, what Europe is trying to do.

Lithuania’s attempts to form the vision of regional centre failed for the same reasons the previous idea of a bridge between the West and the East did. I think that for Lithuania it’s much more important to integrate its region into European and Euro-Atlantic zone as fully as possible rather than aiming at being acknowledged as a leader in a vaguely defined region.

Thus the priority is deeper integration into the stronger and united as never before EU. Maybe this would help us solve the issue of partner selection too. I believe that our close allies could be not necessary just those countries that we share borders with.

It’s rational and understandable when the main partners are chosen based on national interests, life values, and long-term mutual benefit, and less based on geographic locations; nevertheless, direct neighbourhood remains important. We share our national borders with Belarus, Latvia, Poland, and Russia. How could we develop relations with these countries, what Lithuania’s foreign politics towards the neighbours would bring the greatest benefit?

It would be wise if we set bilateral priorities and Lithuania’s vision, which, in my opinion, could be the following – integrated Latvia, partner-like Poland, democratic Russia, and European Belarus.

The role of integrated Latvia – one of the most important partners of Lithuania’s politics, economy, and culture – should be strengthened, and our bilateral decisions and positions – more closely harmonized on various levels. The Baltic dimension of language and culture requires exceptional bilateralism in general. That’s even a great opportunity for strategic partnership.

Together with Latvia, we haven’t used the common potential to its fullest, e.g., even today we agree on electrical connections but disagree on a gas terminal. In my opinion, Lithuania should demonstrate greater flexibility and wisdom. The risk of having a weak link in the Baltic region is too great for Lithuania and the entire Baltic region.

Together with Latvia, we’ve tackled the crisis successfully and learned an important lesson. That made us more than just ‘braliukai’ (brethren). Thus together we should strengthen the united and integrated Baltic Sea region, giving special attention to economic and energy cooperation. We must get rid of and get over old stereotypes and minor quarrels. Let’s not envy one another victories but help solve problems.

Partner-like Poland – that’s something we have yet to figure out how to achieve. In this case, partnership is an agreement on strategic issues, a constructive dialogue, not expectations to dominate or prejudice. Good-natured cooperation could also be based on a correctly understood long-term historic connection.

Lithuania would actually lose more than Poland if strong partnership could not be achieved, but Poland also puts its quality of influence in the region at stake. I think both countries understand that there will be no second Union of Lublin for within the framework of growing integration in Europe it is simply unnecessary. Let’s use the potential of human resources, culture, and, obviously, relations between country leaders – we definitely need more of those.

Democratic Russia is a partner we’ve been waiting for. We know that changes essentially depend on Russia, its citizens, but it would be a mistake for Lithuania to remain a passive observer. We need to try to maintain the dialogue and look for ways to develop it.

The neighbouring Karaliaučius region obligates to do so. Even though now I don’t see a way how to make quick changes, we need to understand that the maintenance of constructive relations with Russia remains vital from a security perspective as well. The status of this country’s society, its changes, and especially the view of the young generation towards Europe remain imperative.

The currently dominating economic tendency of the relations between Lithuania and Russia (bilateral trade is growing significantly despite the lack of closer political relations) is complemented by the relentless energy disagreement. Looking at the possible perspective, I’d like to paraphrase the classical saying of the Bolsheviks – future Russia is democracy and Norwegian-like transparent energy politics. That’s the kind of neighbour I wish for Lithuania.

And finally, European Belarus. That’s a vision that would change cardinally the situation of Lithuania, Belarus, and the entire region. But Lithuania should continue to expect a long and difficult ‘game’. Even though there have been attempts to establish a pragmatic dialogue, it seems that, save for transit, they failed. Perhaps we were short of determination to indicate certain truths clearly, and maybe that’s just impossible to do.

We know that Minsk depends on the Eastern scenario despite heavier and heavier economic burdens. Most likely, the tension regarding the Astravets NPP will continue to rise because this project is related directly to Lithuania’s safety and Belarus’s preparation not to talk about it.

Without providing a recipe for possible changes, I have to say that if Europe doesn’t continue into Belarus, Eurasia will. These geostrategic changes are the guarantee of European and open society, so let’s allocate our resources this way.

The tempo of changes in the modern world is astounding and is only getting faster, thus those unprepared for globalization get integrated, those who know what they are doing integrate themselves, choose values, and partners. I believe Lithuania has learned the history lesson.