Last year there were sold more flats than it was built 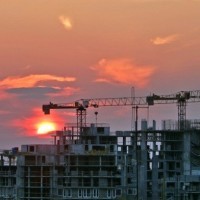 According to the MG Valda analysis of Vilnius housing sales in 2011, last year there were sold more flats than it was built. The company evaluation shows us that in recent years, the accumulated fund of new dwellings – soluble.

Last year the market has offered more than 800 newly built apartments and sold about 1000. There are about 1500 unsold flats in our capital today.

According to Mantas Umbrasas, residents used to choose apartments carefully, considering their needs and quality of housing provided. Usually, they pay a lot of attention on a price of the accommodation. Price is still the main factor of purchase. "According to the statistics, the dynamics of living space per person in 2011 remained the same and amounted to 26 square meters and it is still twice less than the average in the European Union. Huge emigration should effect the rate of dynamics and the average living area per person had to increase, but there were no changes noticed. The reason why is the fact, that the most popular type of investment between emigrants that returned to their homeland, was real estate." – noticed Mantas Umbrasas.

"The real estate market showed the signs of recovery, last year. Current and next years are especteded to be stable for the property market (...)” - talks M. Umbrasas.