The Lithuanian partnership of success, by Walsh 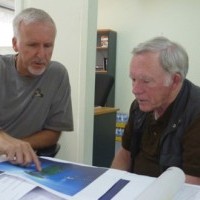 Despite hardships suffered by Lithuanians due to recessionary pressures its economy and those of its neighbouring Baltic States, is weathering the crisis better than are others. The adversity in Spain and Greece, by comparison, puts those of the Baltic States in even better perspective. A Lithuanian order, placed with Spain’s Mondragon Assembly, is fuelling an increase in jobs and local wealth in a company that is also bucking tends.

Their Lithuanian project in building a turnkey plant with state of the art automation and robotic solutions is one of two of Mondragon’s biggest international orders. These have a total value of €11 million.

It is innovative in yet another way. Mondragon, workers co-operative, is now entering Eastern Europe. These are two lessons that will not be lost on Lithuanian heads of commerce. As they point out; the order is not only a boost to their own fortunes, Mondragon is ‘decisively contributing to the creation of added value employment in Lithuania.’

In Spain, where manufacturing success stories are rare, Mondragon, the world’s largest workers co-operative, is situated in the Basque Country; a small semi-independent enclave close to the French border. It has its own language and cultural identity.

There the unemployment rate is 15 percent; worse than Lithuania’s but a considerable improvement on the Spanish 25 percent average. The Mondragon co-operative is a collective of 256 companies. None have gone out of business in a downturn that takes no prisoners. In total the co-operative employs 85,000 workers, all are shareholders.

Amongst many other things they make Fagur Fridges, Brandt Ovens, and the revolutionary City Car. Their massive Eroski supermarket chain is familiar to those who live in Spain. Not so well known, Orbea bikes with price tags up to €14,000; they won gold at the Chinese Olympics.

It has plants in Latin America, India, Europe, and China. America’s United Steelworkers has sought its help in creating similar status in an attempt to cut its reliance on Wall Street.

The assembly responsible for building the Lithuanian plant, a great boost to the Baltic State’s agricultural needs, employs about 85 people. There will be positive knock-on effects for satellite partners and local communities.

Mondragon’s traditional Spanish and Western European markets dried up; their pioneering venture into the more economically successful Eastern European and other markets further afield is paying off. The Lithuanian order is one of their flagship initiatives.

The Mondragon workers co-operative is still based on the principles of its founder, Jose Maria Arismendiarreta. A parish priest, he was the inspiration behind the company’s genesis. His aim was to counter the extreme hardships endured in the aftermath of the 1936 – 1939 Spanish Civil War by creating workers co-operative that paid by achievement and made every employee a company shareholder.

How does one of the world’s biggest and most successful companies attract and keep top talent? He says it is a form of tribal loyalty. The business tends to attract those who are gifted but unpretentious and unlikely to be materialistic. He says that being on the payroll is similar to serving the priesthood.

All workers must put up €13,400 share capital, which is usually borrowed from the company’s savings bank, Caja Laboral. Interestingly it is one of few Spanish savings banks in sound financial health.

It takes more than a Lithuanian order to keep the co-operative ahead. It handled the 2009 ongoing crisis by putting 20 per cent of its staff on leave whilst drawing 80 per cent of their pay. Those picked were chosen by lottery. Some co-operatives opted for a pay freeze; others a 10% cut in their salaries. There were few lay-offs.

For the most part profits are reinvested or they finance research centres. A sizable chunk is spent on social initiatives. Workers dividends are paid into pension accounts. There is no board of directors as such; the concern is run by an elected congress.

From the outset cynics said Mondragon would never survive. Seventy-three years and on and it generates annual sales of €24 billion and almost 60 per-cent of its output is exported.

Lithuania is a small single-identity common purpose nation with its own unique history and culture. A partnership of shared ideals could lead to an independent innovative approach to doing business with the outside world.