Meet the man who listens to voice of the people 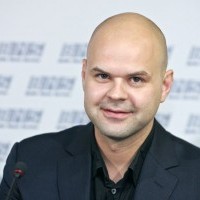 Youthful in his strict English-style suit by day in his office at Spinter Surveys, a market and public opinion research company he heads, changing to a hip, flamboyant checkered jacket at an invitation-only party at night, 35-year-old Ignas Zokas embodies the new style and type of a modern Lithuanian businessman and leader.

He has shuffled through several stints over his career, but his true passion has always been the same – public opinion polls. Therefore, when the opportunity to stand at the wheel of a new public opinion research company came, in 1996, he grabbed it, becoming the company’s co-founder and also director. Regardless of whether you are pointing to a survey every time you want to build a case (or maybe you scoff at polls), Zokas’ team of pollsters may be the driving force for many parties in the election season. The Baltic Times sat down for this interview with the Spinter Surveys director.

- Does the old adage pertaining to he who pays the piper calls the tune apply to Spinter Surveys?

- I really disagree with that formulation. Only NGOs, public organizations have their financial donors, not a profit-seeking enterprise like ours. I’d say it would be very detrimental for us to have such a donor. Perhaps the perception you expressed comes from the media and, therefore, applies more to it. For us, pollsters, it is a lot easier to stay unbiased than, for example, journalists, who are lured to take one or another side, without many consequences thereafter.

Logically, if a client pays money for our service, he or she wants to know the real situation, as only this can make the client take certain actions and ramp up their market position. Differently from some other pollsters in the country, we are exclusively a Lithuanian-owned enterprise, with all shareholders, including me, working for it. Therefore, in engaging in a shady activity, we’d risk the company itself, which is unthinkable.

What sets us apart is also our membership in the global IRIS, the network of International research institutes. The affiliation allows us to better follow global trends and exchange good practices as well as develop methodological solutions. Recently, upon the request of our IRIS partners from Australia, we have surveyed Lithuanian farmers for them.

- Nevertheless, from time to time one can hear that a needed poll can be bought.

- Well, I cannot speak for others. However, for every sane man, it’s not difficult to prove that is not true. First, let’s be clear: clients of all, or of a majority of polls are not political parties, but mostly media outlets. Traditionally, in Lithuania, news agencies and some major daily newspapers order public opinion research surveys in Lithuania. Speaking of Spinter Surveys, we’ve been working with the largest news site, Delfi, for a couple of the last years. And the client is interested in receiving objective information, not someone’s influenced niceties.

- How do you explain political parties’ thirst for polls before an election?

- It doesn’t surprise me, as parties, working on their strategies, use poll results for setting out their election strategies, or fixing them according to the results. In fact, these kinds of poll results do not reach the public. In other words, the parties ordering the surveys act like business entities, to which poll results are commercial secrets rather than a product that has to be made public. I can frankly admit that, in the span of over ten years, no political entity, no politician and none of their supporters have ever lured us with money for one or another kind of survey results. Therefore, it’s easy to withstand the seduction when no one tries to seduce you (grins).

- However, how can you explain that polls conducted by different pollsters do sometimes differ considerably? I mean Gallup and Spinter Survey polls.

- Gallup is a world famous, trusted and solid market and public opinion research brand. However, its solidity has become its weakness. Speaking of different outcomes of the same-subject polls, they usually aren’t that big if evaluated by professional pollsters. Here I’d like to emphasize a couple of things. First of all, a thorough methodological description leading a survey is a must in every self-respecting media outlet. Otherwise, if a part is missing, the survey’s credibility is undermined, and it is nothing more than just a nicely written horoscope. Other facets, like age restrictions, also must be taken into consideration when performing a poll. To be frank, a majority of our clients are not interested in having seniors polled. The age group is not seen, by many, as a target; therefore, some pollsters set a certain age limit for their polls.

- Poll-produced political parties’ and individual politicians’ ratings are probably the most noticeable, especially during an election season. What impacts the ratings most? Does a misfortune always necessarily ill-effect the polls at the end? Or maybe sometimes negativism plays in favor?

- In politics, like in the stock exchange, people’s emotions often play a crucial role along the lines of love and hatred, liking and disliking. Often the latter two are more important than politicians’ rational arguments. Therefore, in the technologies of making politics, form has been winning against content for a long time now. And this is not only Lithuania’s problem. Many prominent thinkers have been contemplating whether the democracy form we have is indeed the best form of governing. To go back to your question, any events, comments and visibility on the whole, along with charisma, make up the ratings.

- Let’s get a bit into details. How do you, for example, explain the high ratings of the Labor Party, with its alleged shadowy bookkeeping?

- Well, the Laborists aren’t tedious. To be more precise, their leader, Viktor Uspaskich, is not boring. He is known for being a close buddy to everyone, capable of understandably explaining to all his stance and views. When it comes to the court proceedings, I reckon the majority of people conceive them as part of the war that Labor Party opponents wage against the party. And speaking on the whole, trust in our judiciary system is more of an exception than a rule.

- What substantial transformations, if any, do you observe in the Social Democratic Party after the death of their long-time leader, Algirdas Brazauskas? Is the not insignificant slip in the party’s ratings due to his departure?

- I am not a member of the party, so neither I nor my colleagues could comment matter-of-factly on the inner processes the party had been through. The party ratings haven’t plunged as steeply as many expected after Brazauskas’ death. This fact notwithstanding, it is often obvious that the party lacks a vivid stand-out leader at the top. The current party chairman, Algirdas Butkevičius, seems to be quite democratic, and his support looks quite good; however, the Social Democrats have to show more vividly and aggressively their character in order to slide out from the Labor Party’s shadow.

- Allowing Rolandas Paksas, ousted president and chairman of the Order and Justice Party, to run for parliament in the October elections has not boosted the party’s ratings. Why?

- For quite some time, the Party was called a one-man party, established to cater to Paksas’ political ambitions. However, over time, it has managed to find and fill its niche, having slipped out from its leader’s shadow. Today, Paksas, I’d say, doesn’t play the role of an irreplaceable leader. For example, Valentinas Mazuronis is also seen as a bright, distinct, and rather promising politician.

- Do the liberals stand any chance in the upcoming elections? Which of the three liberal parties looks best? What do you think of the eternal phoenix, Artūras Zuokas, and his movement TAIP?

- Despite the long road of break-ups and shake-ups, I see today only one clearly expressed and defined liberal force, i.e the Liberal Movement. I’d assess the Zuokas-led TAIP also quite well, it is capable of clinching parliament seats. However, to my mind, not necessarily a liberally-inclined electorate will vote for Zuokas' movement. More likely, he will be supported by those who miss a robust proprietor, farmer, and manager and who see all of those things in Zuokas’ leadership. Among the three, the Liberal-Centre Union seems to me faring worst. It has not been able to come up with a Zuokas-like leader after he left the party.

- How can you describe the average Lithuanian, and the statistical Lithuanian voter?

- The average John is hard-working, consistent, and keen on traditions. Also, rather conservative; however, not as much as, let’s say, a dozen years ago. Election-wise, the statistical voter gives in easily to various popular political lures. On the other hand, the parties haven’t done anything to change that. Generally speaking, there appears to be more ideological values that voters are keen to follow every year.

- Would e-voting lead to a larger turnout in an election?

- Without a doubt, e-voting would be in favor of liberally-inclined voters. Therefore, the largest parties will try to hold their grip on the status quo. I doubt whether the issue will be tackled in the Seimas’ next tenure.

- Which party has the potential of stirring ripples?

- It is hard to tell yet what kind of surprises the party strategists are working on, but the main subjects in the party election programs will likely be the same: nuclear and alternative energy, heating prices, the paedophilia case, and relations with our neighbours, Poland and Russia. I believe the Garliava paedophilia fuss will be fueled until the elections, therefore, Drąsos Kelias (Path of Courage), or Lietuvos Sąrašas (Lithuania’s List), built on the foundations of the scandal, might be the dark horse.

- Do the Conservatives, whose support doesn’t go above 8 percent in the polls, stand any chance?

- I can definitely answer: yes, we will be seeing Conservatives in the next Parliament. Not so many of them, though. Their positions are being consistently secured by the stable and disciplined electorate that traditionally comes out and votes for them.