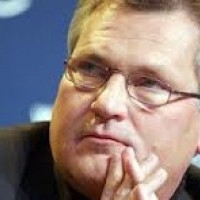 According to former Polish President Aleksander Kwasniewski, a high level of goodwill was important in solving some of the problems between Lithuania and Poland, reports ELTA. Kwasniewski highlighted, though, that the period ahead of elections was not the best time to search for new solutions. In 2014, the elections to the European Parliament and the Lithuanian presidential elections will be taking place.

Kwasniewski highlighted that good Lithuania-Poland relations were the responsibility of the governments, presidents and even the non-governmental institutions of both countries.

“There is a need to eliminate the handicaps that we have. Some more complex than others, some of them created on purpose,” said the former Polish president.

In the end of February the 20th anniversary of the Lithuanian-Polish Treaty of Friendship and Cooperation was be marked. The Treaty was signed by Lithuania’s President Algirdas Mykolas Brazauskas and Poland’s President Lech Walesa on April 26, 1994. The former Polish president added that good Lithuania-Poland relations were important for a successful future for Eastern Europe.

“This is the responsibility of both sides. We have to understand that the situation could be difficult. Our region is still very fragile. This is our common responsibility, to eliminate the conflicting interests, because we have a common interest: to live in a peaceful and developing region,” said Kwasniewski.