Statisticians news for the food industry: Lithuanian diet is changing 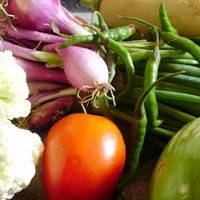 Beef and veal are becoming a delicacy while the consumption of vegetables is growing. Statisticians are sending a message to the food industry about the rapid changes in Lithuanian dietary habits – of the 15 basic food products consumers had been faithful to over the last decade, only dairy products and eggs remain. Beef has been replaced by poultry; fruits and berries have been replaced by sugar.

The new gap was taken over by poultry, the consumption of which doubled in the last decade from 12 kg to 21–22 kg.

The consumption of milk and dairy products, as well as eggs, has remained more or less stable. Today we eat approximately 283 kg of dairy products and 203 eggs, the same as a decade ago. And, without any regard to the health dangers it poses, Lithuanians still sweeten their lives with a considerable amount of sugar—per person consumption has been fluctuating around 29–32 kg per year.