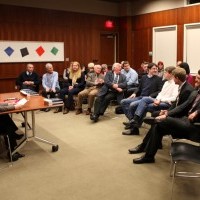 On May 10 in Berlin, Lithuanian and German Ministers of Foreign Affairs Audronius Azubalis and Guido Westerwelle discussed ways of strengthening the bilateral partnership, which would lead to closer political, economic and cultural ties between the countries and contribute to the European future, reports ELTA.

“Germany’s support for the elimination of ‘energy islands’ in Europe is crucial to Lithuania and the other Baltic States. Today we have reached a breakthrough aiming to boost energy independence and we appreciate the support of our friends very much, enabling us to implement the projects that are necessary to solve one of the most sensitive problems of our region as soon as possible,” Azubalis said.

At the meeting, he suggested to draft guidelines for further cooperation between Lithuania and Germany on bilateral, EU and multilateral levels. “We have great opportunities to make further steps on the basis of the excellent results that have been already achieved, consider ways to expand our cooperation to new spheres, to contribute to the strengthening of stability and solidarity in Europe,” Azubalis said.
The ministers also discussed key issues related to energy security, the EU’s multi-annual financial perspective, the EU public finance crisis and Eastern Partnership.

“Consolidated Europe needs a budget that is in line with our plans, i.e., would ensure cohesion, the implementation of a common market, also in the field of energy. The budget should ensure the place of the EU in the world that would be consistent with our expectations,” the head of Lithuanian diplomacy said.
According to Azubalis, Lithuania and Germany closely cooperate in the European Union, regularly discuss and coordinate their positions on key foreign policy issues.

During his visit, the minister also met with Chair of the Parliamentary Friendship Group for Relations with the Baltic States Christel Happach-Kasan, and representatives of the Lithuanian community in Berlin.
At the Konrad Adenauer Foundation, Azubalis gave a lecture ‘Baltic Sea Region in the EU’ and held a meeting with the Chairman of the Konrad Adenauer Foundation, member of the European Parliament Hans-Gert Pottering.
2011 marked the 20th anniversary of the re-establishment of Lithuanian-German diplomatic relations. Germany is among Lithuania’s key partners in the EU and NATO, and occupies second place among foreign trade partners of Lithuania, and is third largest investor into Lithuania.