Gold demand softens by 15% globally as economic recovery heats up 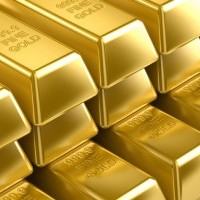 For much of the financial crisis, investors knew there was nothing quite so good as gold. Global gold demand fell by 15% to a four-year low in 2013, the World Gold Council said on Tuesday, as US investors frantically attempted to offload their holdings to punt on recovering stock markets as signs of growth returned.

The figures cover the buying of coins, bars and sophisticated investment products such as exchange traded funds (ETFs) that own bullion, as well as purchases by central banks and demand from electronics and jewellery manufacturers. Back in early April 2013, gold investors were sensing their five-year bull market had ended.

When crisis in Cyprus led to speculation that the country would sell its gold reserves to raise cash, various top investment banks advised their clients to sell. Many did.