Over quarter of Lithuanians consider working in another EU country 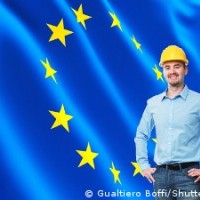 More than one-fourth, or 28 percent, of Lithuanians would consider a possibility to work abroad within next ten years and one-tenth of the Lithuanians currently residing in the country have worked in another European Union (EU) country, the Eurobarometer survey conducted by market and media research company TNS LT has shown.

Asked to specify the main reasons that would prompt them choose to work in another EU country, 78 percent mentioned larger wages. Other major reasons included better social guarantees and working conditions.

“What is interesting is the fact that the largest proportion of people who would consider working in another EU country within the next decade can now be found in Sweden – as much as 54 percent of the polled in that country answered positively to this question. The respective proportions are also larger in Slovenia and Estonia,” Rūta Matulaitienė, a political and social research expert with TNS LT, said in a press release.

As far as the results of the EU-wide study are concerned, the main reason for working abroad was found to be the same, i.e. larger wages.

Fieldwork for the Eurobarometer survey was conducted between April and May 2013 and involved interviewing of 26,563 respondents in 28 EU countries. Some 1,027 people were polled in Lithuania.