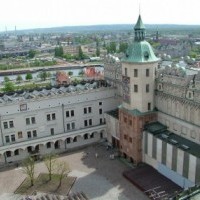 Danish companies will in the future be able to profit much more from Poland, a country that towards 2020 is set to become one of continent's fastest growing export markets.

New calculations by Eksportrådet, a committee under the control of the Ministry of Foreign Affairs, expect the Polish export market to grow by 11.8 percent every year to be worth 33.3 billion kroner by 2020. This would make the eastern European country Denmark’s seventh most important export country and see it overtake France and the Netherlands.

Poland has – unlike other EU countries – had a positive growth rate since 2009. Lars Christensen, the chief analyst at Danske Bank, explained to Børsen that Poland benefited from devaluating its currency and implementing tax breaks to spark private consumption in 2008 .

The Danish agriculture equipment producer Grene is one such company. It has been a steady exporter to Poland since the country became a EU member in 2004. The company’s Polish department has increased exports from 230 million kroner in 2005 to 500 million kroner in 2014.