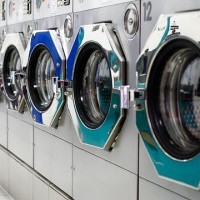 Sheffield-based Xeros has announced plans for a potential £100m stock market listing that could bring its pioneering technology to the mass market. Developed by Stephen Burkinshaw, a chemist at Leeds University, the appliance is aimed at commercial laundries, but the company has already developed a prototype for domestic use and is looking to sign a deal with a major manufacturer. Both Burkinshaw and Leeds University are shareholders in the company.

The Xeros washing machine looks like a standard washing machine but washes clothes using thousands of reusable plastic beads, along with water and soap. The beads absorb dirt, resulting in an environmentally friendly wash that uses far less water and detergent.