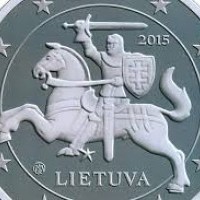 On Thursday, by adopting the Law on the Euro Adoption, as well as secondary legislation, the Parliament of Lithuania (Seimas) has established the legal basis to introduce the new currency in Lithuania.

The Law on the Euro Adoption was passed by an absolute majority of vote.Preparation procedures for the euro adoption, exchange of Lithuanian litas to the euro, withdrawal of the national currency from circulation as well as other aspects of introduction of the new currency were determined.

Lithuania seeks to introduce the euro on 1 January 2015.