Seven things you need to know about the UK economy 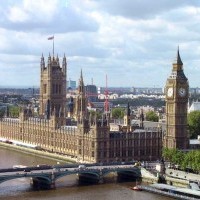 The ONS has analysed the nature of Britain's economy and how it compares with other G7 countries. Here are the main points.

Britain's economic recovery appears to be well under way but, with growth apparently secured and the outlook bright, the focus has shifted to the nature of the recovery.Here are the key points.

1. There has been a marked postwar shift in economic power from manufacturing to services. In 1948, British industry (including manufacturing, oil and gas extraction, and utilities) accounted for 41% of the British economy. By 2013, it was just 14%.

At the same time the services sector's share of the economy has risen from 46% to 79%. Construction, meanwhile, has remained stable at about 6% of GDP, and the role of agriculture has dwindledfrom 6% to 1% over the postwar years.

2. The changing makeup of the UK economy is roughly in line with other major economies (but manufacturing has declined most rapidly in the UK). All G7 economies (UK, US, Canada, Germany, France, Italy and Japan) have seen roughly the same change in composition as the UK, with a gradual decline in production and manufacturing as a proportion of GDP. The UK and France are at the bottom of the pack, with just 10% of their economies attributable to manufacturing. Germany comes out on top at 22%, followed by Japan at 19%.

3. Britain's financial services sector grew rapidly between 2006 and 2009. The UK economy has long been a dominant player in financial services, along with the US, but growth in the sector between 2006 and 2009 was particularly rapid. By 2009, the sector accounted for 10% of UK GDP, the highest of all G7 economies. The second highest was Canada at 6.7%, and the lowest was Germany at 3.9%. The dominance of the sector in Britain meant it was hit harder by the financial crash. Its share of the economy fell by 2.9 percentage points, while it remained roughly stable in other major economies. Output in the UK financial services sector is still 13.6% below pre-crisis levels according to the latest ONS data.