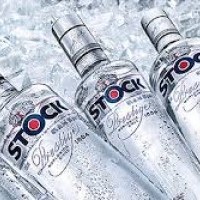 In its first set of results since the IPO in October, the Central and Eastern European booze maker and distributor Stock Spirits Group said its operating profit rose 7.5% as the market recovered from the methanol poisoning scandal in the Czech Republic and drinkers in the region continued to migrate toward drinking premium locally made brands.

Stock – which was created in 2007 with the backing by Oaktree Capital Management in order to consolidate CEE's leading national producers of spirits and liqueurs – said a major reorganization of its business ahead of the IPO meant net profit fell for the year fell to €8.9m from €26.2m in 2012. But the 2012 figure had been inflated by the disposal of its US business, while the fall in 2013 profit was attributed to costs associated with the IPO and a refinancing of the business. "We got €15.1m of exceptional costs primarily associated with the IPO, the partial refinancing and the corporate restructuring around the IPO, and there was €11.7m of other non-recurring one-off items," says Lesley Jackson, Stock's CFO.

Total volume of spirits sold was up 11.4% to 17.4m of 9-litre cases. This included the launch of several new product lines, including new flavours of Lubelska vodka, Bozkov rum and Stock Prestige vodka. The latter became the group’s sixth "millionaire" brand, selling over 1m 9-litre cases in 2013.

The company said the results stood out against a difficult backdrop that included a 15% excise duty in Poland from January 1 and the continued fallout from the methanol poisonings that occurred in 2012 from the Czech illegal alcohol trade, which killed 38 people in the Czech Republic and four in Poland, and led to a temporary ban on the sale and export of all beverages with an alcohol content above 20% volume. "We made a good recovery following the temporary prohibition in late 2012," said the company.