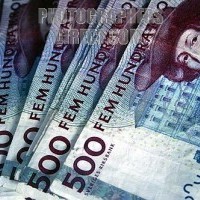 Sweden's average hourly labour costs are just over €40 per hour, high enough to land the country at the top of the EU28 charts, according to a new survey.

An hour of labour came in at €40.1 (359 kronor) in Sweden in 2013, enough to ensure Sweden's workers cost the most in the EU, according to fresh statistics from Eurostat.

Eurostat looked at the average hourly labour costs of companies with ten or more employees across the whole European economy, excluding agriculture and public administration. It found the average cost to be €23.7 in the EU28, a rise of 10.2 percent since 2008. It also noted that the differences were significant across the continent.

Sweden itself saw a 26.9 percent increase in costs since 2008, and an almost €1 jump from last year. The upswing was higher than the biggest increases in the eurozone, of which Sweden is not a member.

"Within the euro area, the largest increases were recorded in Austria (18.9 percent), Slovakia (17 percent) and Finland (15.9 percent)," Eurostat noted.