Vilnius to be on Rail Baltica route 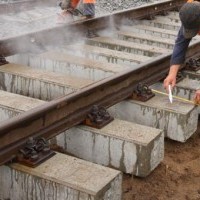 At tripartite negotiations on the project Rail Baltica joint venture shareholders agreement, held at the Ministry of Transport and Communications of Lithuania between Lithuania, Latvia and Estonia, an agreement was reached: essentially, Vilnius will be part of the trans-European Rail Baltica gauge route, the Transport Ministry of Lithuania said in a statement, reports LETA.

“The issue of integrating Vilnius into the project Rail Baltica is being tackled. Estonia’s delegation proposed a compromise on how to do it technically. The negotiations will be continued in Tallinn at the beginning of March. An agreement was reached also on some other parts of the project; therefore, the list of discussable questions is getting shorter, and we are getting very closeto establishing a joint venture,” said Director of Development and International Relations Department Arenijus Jackus.

Currently, the three Baltic States are negotiating the establishment of a joint venture that will coordinate the implementation of the second part of the project Rail Baltica - a railway gauge from Kaunas to Tallinn. To apply for EU funding for this part of the project, an application should be submitted by 2016. Lithuania seeks to connect all the Baltic States’ capitals with the trans-European gauge.