Gross GDP increased in all Lithuanian counties during last year 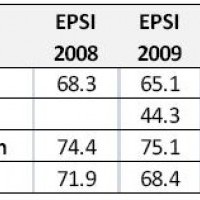 Statistics Lithuania reports that, based on non-final data, in 2011 gross domestic product (GDP) increased in all counties. The contribution of the regions to the country’s GDP was very different.

The population for 2011 has been recalculated based on the results of the 2011 Population and Housing Census of the Republic of Lithuania. According to the revised data, per-capita GDP grew in all counties; however, the gap between Vilnius county and other regions did not narrow. Per-capita GDP in Vilnius county was twice as high as that in Alytus, Marijampolė and Tauragė counties.