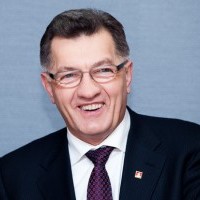 In the context of Ukraine's crisis, the Government will allocate LTL 200 million (EUR 57 million) for Lithuania's businessmen striving to re-orient the business from the problematic eastern markets or to create new business, informs LETA/ELTA.

The Ministry of Economy has arranged several programs which provide for the funding of business which founds the new markets.

"Yesterday, we confirmed the part of the sum – nearly LTL 14 million (EUR 4 million) – which will be used to encourage the business to search for the new markets," said Lithuania's Prime Minister Algirdas Butkevicius while giving an interview on radio Ziniu Radijas on Thursday.

According to the head of the Government, next week another program relating to the promotion of the export to the reliable markets was to be confirmed.