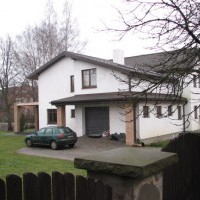 Data of the Survey on Income and Living Conditions, conducted by the Central Statistical Bureau of Latvia in 2013 show that despite the fact that household monthly disposable income  is gradually increasing, this growth cannot cover the daily costs indicated by households.

In 2012 the amount needed for households to cover their daily costs comprised EUR 399 (LVL 280) per one household member, while such income was only EUR 320 (LVL 225). In 2013 households considered that they needed EUR 431 (LVL 303) for their daily costs. It is an increase of EUR 32 (LVL 23) or 8% as compared to the previous year. Data on income in 2013 will be compiled in a similar survey that has already been launched in March and will last until the end of June.

The insufficient income level is also outlined by the answers provided by households to the question regarding their ability to cover the daily costs.