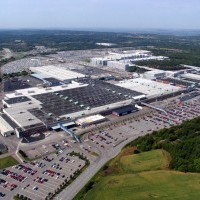 Swedish exports decreased seven percent in the past year, yet trade was comparatively buoyant in the last quarter of 2013 compared to the months prior.

The value of Swedish exports amounted to 1.09 billion kronor ($167 million) in 2013, new trade figures published by Statistics Sweden (Statistiska centralbyrån - SCB) ."During the fourth quarter, Swedish exports of goods decreased by three percent compared to the same period of the previous year," the state agency said in a statement. "Both exports and imports developed stronger during the fourth quarter compared to the earlier quarters of 2013."

Trade with China, however, saw an export increase of five percent, while imports from China fell by two percent.