After three year of negotiations – freer entry to Russia 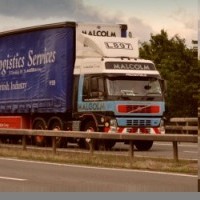 After three years of negotiations Lithuanian National Road Carriers’ Association Linava has been informed by the Customs Service of the Russian Federation that customs officers were ordered not to carry out additional screening of Lithuanian goods and vehicles, according to ELTA. According to the president of Linava Algimantas Kondrusevičius, the Customs Service of Russia not only discontinued additional screening, but also abolished the lists of reliable and unreliable carriers.

The head of the TIR Department of Linava Heliodoras Giedrys argued that almost 40 newly established Lithuanian carriers used to experience difficulties due to the Moscow’s decisions.

The abolished additional screening will let Lithuanian carriers to save more time when crossing the border of the Customs Union between Belarus, Kazakhstan and Russia.