Lithuanian retail chain – one of the largest in Georgia 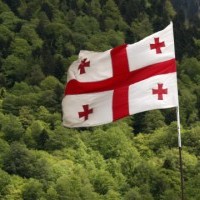 Company “Ioli Supermarket Ltd.”, which was established by Lithuanians and manages the distribution network “IOLI Gastronomia”, has acquired another distribution network in Georgia “Populi” and became the largest retail network of the necessity goods in the country, delfi.lt reported on August 2nd.

“By purchasing “Populi” network we achieved the strategic goal of becoming the largest retailer in the country where supermarket chains own a relatively small market share, but every year this percentage increases. Gained leadership position will enable us to significantly accelerate our development. By the end of the year we plan to open another 23 stores, ending the year with the total of 90 stores, amongst which there will also be the larger format outlets. Already from August we plan to import from Europe, so we welcome the offers from manufacturers of Lithuania on the possible co-operation “- said General Director Saulius Vaitkevičius.

The company states that it currently owns 68 stores.