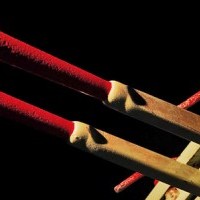 CEOs have two levers they pull on a regular basis to influence their organizations. The first lever adds to, or takes away from, strategic intentions. The second one controls the hiring of key talent to ensure that the right people are in the right seats. Levers work well for many of the factors that impact business success; but one area-employee engagement-resists “leveraging.”

Even after a decade of trying, organizations as a whole have made little progress on improving employee engagement. Disengagement still stands at about 70 percent, the same as when Gallup first started publishing data on the topic in the late '90s.

Why the struggle with improving this particular area? In short, it’s because you can’t control motivation. While traditional carrot-and-stick levers can influence behavior in the short term, they do not create the intentions to apply discretionary effort and work collaboratively that are required in today’s more sophisticated work environments.

It’s time for a change

The research is clear, and has been known in social science circles for decades: Carrot-and-stick thinking is, at its core, a control method--and people always resist being controlled. Even if they don't openly resist, people resent being coerced into certain behaviors.

People have their own beliefs and attitudes about their work environment. They make decisions about what is in their best interests based on individual perceptions of what is adding to--or taking away from--their sense of well-being. Building on the pioneering work of Edward Deci and Richard Ryan at the University of Rochester, our recent research into motivation and employee work passion is finding that perceptions of autonomy, relatedness, and competence are the factors that lead to positive employee intentions to stay with organizations, apply discretionary effort, and be good corporate citizens.

We are finding that giving people a chance to succeed in their job and setting them free to a certain degree is the key to motivation, as opposed to trying to direct and control people's energy. It's really about letting go and connecting people to their work--and each other--rather than channeling, organizing, orchestrating, and focusing behavior.

The role of senior leaders

Senior leaders have an important role to play in creating this type of environment. Top leadership sets the tone for this attitude in a company. But many organizations are still set up--explicitly or implicitly--in ways that work against these three motivators.

For example, a woman recently told us her CEO believed that a little bit of fear was good and that moderate to high levels of competition between people and business units were beneficial and kept the company sharp. This attitude of friendly competition inside the company permeated the culture, flowing out from the boardroom and cascading throughout the organization.

This approach had worked for this technology company in the past, but began to become a liability as customers asked for more cross-platform compatibility. Because customers were asking for everything to work well together, these internal divisions needed to cooperate more effectively. This required the different business units to think beyond self-interest to the whole customer experience. It proved difficult to change the mindset of this historically competitive culture.

Without a shift in thinking at the top of an organization, it is almost impossible to change an organization’s culture. A study conducted years ago shed some light on the role of senior leaders in changing organizational culture and behavior. The study concluded that the CEO’s disposition and personality had everything to do with the company's service orientation and collaborative mindset.

CEOs whose personalities and dispositions were more competitive had a direct influence on the degree of competitiveness and fear experienced by members of their senior leadership teams. This resulted in a greater degree of siloed behavior within the organization and less cooperation among sub-units. The net results were less integration across the business, less efficiency, poorer service, and ultimately lower economic performance. On the other hand, CEOs who were more cooperative generated less competitiveness—and less fear-based anxiety generated better results.

It's important for today's leaders to be environmentalists. Whatever level of leadership you have, challenge yourself and others to use less directing and controlling behaviors and instead look to create a focused and inspired workplace. Customers are requiring that organizations move toward an environment of internal cooperation to create truly innovative new products and services.

Today we realize that control doesn't work. Find a way to connect your people with the big picture. Create an environment free of fear and anxiety. Leaders don’t need a new lever--they need a new approach to bringing out the best in people. Give a little bit. You’ll be surprised at what can be accomplished when people are free of fear and find their motivation within, instead of being controlled by external carrots and sticks.