2013: a breakthrough year for startups 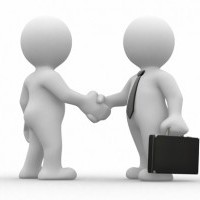 For the first time in the history of Lithuania, the IT startups that had the most impact on the country's image, economy and development of technologies in 2013 were awarded last week. Based on a survey of startups conducted by Enterprise Lithuania at the beginning of the year, the advisory board of the Startup Lithuania community selected winners in eight categories. Only companies that were established in the past three years and that have existing products or prototypes thereof were assessed.

Mantas Nocius, managing director at Enterprise Lithuania, the host of the startup awards, was pleased that 2013 was a breakthrough year for startups. "In 2013, Lithuanian startups secured a total of 19 investments amounting to EUR 16 million. Meanwhile, the investments in startups that we know of from 2007 to 2012 came to a total of EUR 34 million, of which EUR 31.5 million was invested in GetJar," says Mr. Nocius.

MoboFree team received the Breakthrough of the Year award. This mobile social network attracted approximately one million new registered users last year, and has more than 2.8 million in total - mostly residents of Africa.

TransferGo, a company involved in international money transfers, was recognized as Employer of the Year. Over the course of 2013, this startup hired 11 people. Dragdis - a program that makes it easy to store and organize material found on the Internet - was selected as the best technological solution.