History of Internet in Lithuania 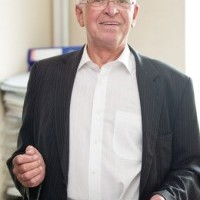 This July, it had been fifty years since the first computer was turned on in Lithuania. What other dates of note punctuate the history of information technology in this country? One of them doubtlessly must be Lithuania’s entrance into the world wide net.

Now, Lithuania is one of the world’s leaders in terms of Internet reach. It is hard to believe that the success story started 21 years ago with antiquated charity machines.

Before cessation from the Soviet Union, the only gateway to the world wide net was through Moscow, but Lithuania had to give it up in 1990, when Russians demanded that it be paid for with foreign currency.

The birthday of Lithuanian Internet must be 10 October 1991. On that day, satellite equipment was installed on top of the Parliament building, connecting the country directly to global computer networks and the Internet.

The first equipment, donated by the Government of Norway, allowed 64 Kbps connection and included, in addition to phone lines, a 9.6 Kbps channel for computer data transmission.

That same year, Lithuanian science and education institutions formed their own computer network called “Litnet.” One of the main goals of the project was to connect Lithuania’s universities and educational institutions into one network.

“Until then, Vilnius had been connected only to Riga, Tallinn, Moscow, and places further east, all the way to Vladivostok. After 1991, we started building a Lithuanian network, various institutions joined in. Everything moved very fast,” says Laimutis Telksnys, one of Litnet founders, who still works at the Mathematics and Informatics Institute (MII). He is now 82.

The Mathematics and Informatics Institute as well as Kaunas University of Technology and Vilnius University were the first ones to join the network.

By 1993, six universities, eleven research institutes, over 60 governmental organizations and NGOs were using email and other services. Connection to global networks was expanded to 64 Kbps.

The Lithuanian network, though, was made up of antiquated “Norsk Data” computers that could not support some Internet services and had a very specific architecture as well as software.

Telksnys can still recall an anecdote that almost turned into a diplomatic scandal: “The Norwegians were in possession of machines that were quite modern at the time, but were not adapted to the newest Internet capacities. So they decided to dump those computers on Lithuania. And I told them: Thanks for giving us computers, but tossing these antiquated machines to Lithuania – well, I’d say. There was a scandal even on the diplomatic level. But I held my ground.”

The first “Cisco” routers reached the country in late 1993, as well as other equipment that could support TCP/IP protocol. It was the beginning of a new stage for “Litnet” – new digital communication channels were laid down between cities. In 1994, Lithuania built a separate TCP/IP channel to Norway.

The first website with a Lithuanian domain name, ending in .lt, was registered on 26 February 1993. It was the MII homepage. The man to make the registration was Romualdas Jonušas, leader of the Computer Network Laboratory at the institute.

“I can hardly recall what I had to do then. Perhaps to send some email or make a phone call. There weren’t any other “fancy” methods back then,” Jonušas relates. “I did not attach any exclusive importance to it, all happened quite naturally. There was a project involving nine countries and each had to launch a website. That’s why why registered it.”

Since there were no website building tools back then, everything was done on text processing applications. The first version of the MII website went online in 1995. It was called “Lithuanian home page” and provided basic information about the country.

An online form to register domains was created in 1999 and one year later, individual users were allowed to use subdomains ending in .lt. According to Domreg.lt data, there are now almost 150 thousand .lt subdomains.

As Lithuania entered the new millennium, the country started replacing impractical phone lines with optic cables. The development of fibre-optic connections increased network capacity and allowed data flows between institutions of up to 100-1,000 Mbps.

True, the speed of connection to the world was somewhat less impressive. Exactly ten years ago, “Litnet” would connect to the world wide web at 77 Mbps. For comparison, today’s Internet service providers can offer up to 300 Mbps for individual clients.

Another significant push for Internet development was the RAIN project, launched in 2004 and aimed at bringing the net to rural regions. The first stage in the project has already concluded and the second stage is due to end next year. Optic cables were laid down to remote regions, so now high-speed Internet is available at rural schools, libraries, and other institutions.

Currently, Lithuania is one of the global leaders of fibre-optic communications, while the average speed at which Lithuanian users connect to the Internet well surpasses that in many Western countries.

The very first computer in Lithuania was BESM-2M that was first turned on in the MII fifty years ago. In addition to assisting research and doing calculations, the computer was also used for somewhat more idiosyncratic tasks. For instance, in 1965 the machine was taught to write songs. In half a minute, it would deliver a short musical passage in the form of a code that mathematicians would subsequently decipher and write on a conventional music paper.

After that, the country received more powerful calculating machines and local computer scientists amassed considerable experience of working with modern equipment. The experience helped while expanding the Lithuanian computer network and also won some repute for the country.

“When Oslo sent a computer that allowed us to connect to Western networks via an antenna on top of the Parliament, it broke down a few days later. A Norwegian technician came to fix it, but he couldn’t do it.

“We suggested he called straight to Oslo. The good fellows from the KGB were tapping our conversations, but they probably weren’t prepared to spy in Norwegian, so the connection would be lost within a few minutes each time he called. After ten such attempts, he went mad about how bad our connection was.

“So then our engineers asked to see the blueprints. They took a look and, half an hour later, the machine was working again. So after this our people were “cool” once again. It only shows how important it is to have one’s own specialists,” Telksnys says.