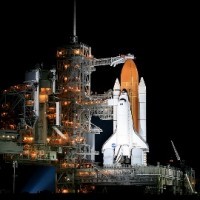 Even though the Big Bang that gave birth to time itself happened 13.7 billion years ago and scientists can only guess what happened in its wake, there is a slight chance to glance at one of the first phenomena in the universe. Scientists at NASA are currently working on complex technology required for the endeavour and among them is Jonas Žmuidzinas, a 52-year-old Lithuanian-American astrophysicist.

He currently works as chief technologist at NASA Jet Propulsion Laboratory (JPL) and contributes to building equipment allowing to look into the beginning of stars, galaxies, and the universe itself.

No, it is not a time machine – only sensors able to record submillimetre waves, those that have wavelengths of under one millimetre. They are imperceptible to the naked eye, so scientist require special machinery to analyse the mysteries of the so-called far infrared field.

“The existence of this field has been speculated on for a long time, but it was measured for the first time only in 1996. It turns out that this field has as much of the universe’s energy as the optic field. Up until now, astronomers have been studying visible light – and now it appears that there is twice as much of it. And our equipment allows us to look at it closer,” Žmuidzinas says.

Some of this kind of light is emitted by young stars. They are formed in clouds of dust and gas that absorb the starlight, emitting instead the much longer far-infrared waves. With the right sensors one can study these newly-formed stars, constellations, and other objects.

Moreover, the instruments can capture light from back when the universe was only several hundred thousand years old. “A question remains how distant constellations we will be able to observe and whether it will be possible to study that period. I believe that our technology will in fact enable us to do it,” he says.

The Lithuanian astrophysicist has contributed to developing devices that are already in use in NASA’s Kuiper Airborne Observatory, SOFIA, and the Herschel Space Observatory.

However, he is most proud of detectors made of superconductive materials – an idea he came up with twelve years ago. The sensors are extremely sensitive and can be operated only in very low temperatures.

The detectors will be installed in a 25-metre telescope which is currently under construction in Chile, 5.5 kilometres up in the Andes Mountains.

“We will be able to develop giant cameras to record submillimetre light, allowing us to see distant constellations imperceptible with visible or infrared spectrum sensors. We could be able to see what no one else has seen before,” Žmuidzinas believes.

Captivated by space in university

One would think that a person who is burning with desire to explore the remotest corners of the universe must have dreamt about this since early childhood. Not Žmuidzinas, who smiles at the suggestion. “My father was a theoretical physicist, but he made no attempt to push me in that direction. I personally became interested in maths and natural sciences in the 9th grade, while space captured me in university,” he claims.

Žmuidzinas studied physics at the California Institute of Technology (Caltech) and defended his doctorate at Berkeley. After several years spent at the University of Illinois, he returned to Caltech in 1990 and received a professorship there a decade later.

As the institute closely cooperates with JPL, Žmuidzinas got naturally engaged with its work and was appointed chief technologist of the lab.

“We previously worked on developing the detectors. As chief technologist, I must take care of all JPL technologies, think of the future, decide on where to invest, what to develop, etc. But it’s not merely paperwork – one must have a grasp of technology,” Žmuidzinas says.

The limit of discovery?

“I recently took my 13-year-old daughter Lina to a planetarium. They told us there about how the ancient Greeks were looking at the stars and imagining the Earth at the centre of everything, with stars revolving around it and little else beyond. It was believed to be so until Copernicus and Galileo declared that the Sun was in the centre while the Earth revolved around it. Then it turned out that our Sun is but a star in a huge constellation. The universe suddenly expanded.

“Afterwards people discovered that our constellation is one of many. Now we do have a sense of how big the universe is – as revealed by new measurements. Of course, there remain many questions about how the universe will evolve, what happens afterwards. But perhaps we have already reached the limit and can learn nothing significantly new about the universe?” Žmuidzinas wonders.

The NASA lab where Žmuidzinas works has recently attracted much media attention with its Mars rover Curiosity mission. Even though the Lithuanian scientist did not work on the project, he, too, eagerly follows reports from the robot looking for traces of life on Mars.

“Doubtlessly, I am very interested in what they are measuring and discovering. But for me it’s not about the results but so I know where to invest in the future, what kind of technologies and equipment will be required in future missions,” he says.

Žmuidzinas is more interested in objects further away – other galaxies, stars, and their planets: “For instance, we published an article last year about a constellation that was formed at around the time when the universe was 2 billion years old. We discovered that it contained much water. That means that its planets might have had water long ago and, possibly, supported life long before the Earth did.”

Žmuidzinas was born in 1960 in Southern California, to a family of a Lithuanian father and a Canadian mother. His wife Vilija also comes from a Lithuanian immigrant family. The couple has two daughters: Regina is currently studying mechanical engineering in New York and Lina is in secondary school.

“There is a rather big Lithuanian community in LA. Regina used to and Lina still does attend the same Saturday school that I went to. They study the Lithuanian language there, history. I remember that I was not always very fond of going to school on Saturdays while my friends were playing football or engaging in some other interesting stuff. But one must know one’s roots,” Žmuidzinas believes.

He recently visited Lithuania for the second time, to attend SEMWO 2012 space conference in Vilnius. Before that, he spent short holidays in 1996.