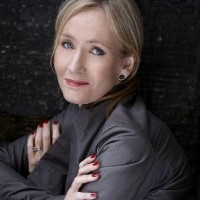 Publishing House “Alma littera” are delighted to announce that they are to be the publishers in Lithuania, of The Casual Vacancy, J.K. Rowling’s first novel for adults. The publication date is yet to be confirmed.

When Barry Fairbrother dies unexpectedly in his early forties, the small English town of Pagford is left in shock.

Pagford is, seemingly, an English idyll, with a cobbled market square and an ancient abbey, but what lies behind the pretty façade is a town at war.

And the empty seat left by Barry on the parish council soon becomes the catalyst for the biggest war the town has yet seen. Who will triumph in an election fraught with passion, duplicity and unexpected revelations?

“Although I’ve enjoyed writing it every bit as much, my next book will be very different to the Harry Potter series, which has been published brilliantly by “Alma littera” in Lithuania. The way in which they plan to approach this new stage in my literary career impressed me and I am delighted to entrust them with the Lithuanian publication of my new novel The Casual Vacancy.”

“We are happy to prolong our cooperation with J. K. Rowling, the author, which books gained tremendous popularity all around the world as well as in Lithuania. Book The Casual Vacancy marks the new page in author’s creating career and we highly appreciate a chance to participate in opening it for our readers. I am sure that this book will achieve a high success in our country among adult audience”, – says Danguolė Viliūnienė, managing director of “Alma littera”.

J.K. Rowling was represented by her agents The Blair Partnership. www.theblairpartnership.com