Danish airports among the best in Europe 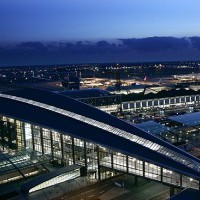 The airports in Copenhagen and Billund both received recognition in the most recent edition of the prestigious Skytrax World Airport Awards.

Copenhagen Airport was ranked the sixth best airport in Europe behind Frankfurt, London Heathrow, Zurich, Amsterdam and the continent's number one, Munich.  Singapore-Chiangi Airport was voted the world’s best.

The Danish capital’s airport was also voted the world’s best in terms of security service for the second straight year and the third most friendly.

The awards are based on 39 survey questions answered by 12 million travellers at 410 airports.