Grandchild of inter-war President Aleksandras Stulginskis: Grandfather would be happy about Lithuania today 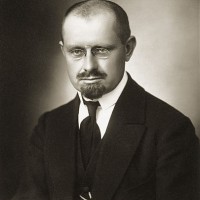 Jonas Linas Juozevičius, grandson of Lithuania’s 1920-1926 President Aleksandras Stulginskis, recently visited Kaunas and was happy about what he saw: “The Lithuanian Agriculture University, renamed after my grandfather, will not allow the new generation to forget him. At least they will wonder: Who was this man Stulkginskis?”

Juozevičius, 57, and his wife Daina has been coming to Lithuania every several years, but this year was their first visit at the Aleksandras Stulginskis University (ASU). He was born in the United States, and now lives in Maddison, Wisconsin, where he works as a rheumatologist and himself teaches at a university.

Juozevičius, who speaks fluent albeit heavily accented Lithuanian, listened to a presentation by ASU president Antanas Maziliauskas about the university. According to him, the idea to rename the school after Stulginskis, who was a prominent agronomist and co-founder of the Farmers Union, was put forward by Edvardas Makelis, former Lithuanian Minister of Agriculture. The proposal was met with approval and endorsed by Lithuanian Parliament in June 2011.

Juozevičius, unfortunately, has never had the chance to meet his famous grandfather in person.

“I once watched a film about Lithuania’s presidents. I then saw my grandfather’s gestures, his stride, posture and I was shocked by recognizing myself in him,” Juozevičius recalled, inspecting old photos of President Stulginskis at the university. His mother Aldona, Stulginskis’ only daughter, had said, too, that Jonas resembled her father.

According to Juozevičius, he shares more things with his grandfather: modesty, reluctance to talk about oneself, sense of responsibility and duty, idealism about their homeland.

“My grandfather, like all signatories of the (1918) Independence Act, was a special person, totally dedicated to Lithuania. The handful of intellectuals who came from Lithuania of serfs built an independent and honourable country,” Juozevičius says.

He feels certain that his grandfather would be happy if he saw his country today, free and independent, though weighed by problems.

President Stulginskis’ grandson recalls how his mother would send parcels of cotton, fabric, coffee from the US to Stulginskis, who returned to Lithuania from exile in 1956. By selling the products, the former president could support himself.

Most of the things he knows about grandfather Juozevičius learned from his mother. Despite old age, she is still very lively.

“She is 91 years old already, but she is very independent and even drives a car. Mum has to retake her driver’s licence exam every year and, each time, she is nervous she won’t get it,” Juozevičius grins, admitting that he visits his mother at least once a month.

Even though the family does not have any legends or own special keepsakes, Juozevičius is most happy about his grandfather’s name not being forgotten in Lithuania. Besides the university, bearing his name are a secondary school in Kaunas, a school in Jokūbavas, a gymnasium in Kaltinėnai, and a park.

Juozevičius says he is very happy that he can understand and speak the language of his grandparents.

“My parents’ generation, who had to flee the war in Lithuania, thought they’d be the last Lithuanians, as the rest of the nation would be swept off the face of the Earth, exiled to Siberia. So this is what they told their children: ‘You’ll be the last of Lithuanians.’ Luckily, it didn’t happen. It is only thanks to our parents that we learned Lithuanian, since they were idealists, they set up Lithuanian schools,” he explains.

At home he usually speaks English to his wife, but he tries to use Lithuanian with his 19-year-old daughter. “She cannot read scholarly texts in Lithuanian, but she is able to hold a casual conversation. We’d love her to go and spend a semester in Lithuania, so she can learn the language better,” Juozevičius reveals what he and his Chicago-born wife would like to see.

However, when ASU president suggests studies in the university named after her great-grandfather, Juozevičius responds vaguely: “She has recently switched from art to management, so I’m not sure that the Aleksandras Stulginskis University is the one for her. My mother and father were medical doctors, my sisters are teachers – we moved away from agriculture.”

Meanwhile President Stulginskis’ brothers did not, even after moving to the United States. At first they worked as coalminers, afterwards they became farmers.

By the way, Stulginskis and his brothers’ father was born Valiuška. However, in order to escape service in the tsarist army, he “assumed” the personality of a dead son of one family, becoming Dominykas Stulginskis.

He finished four years at Liepaja Gymnasium (Latvia), then graduated from Žemaitija Theological Seminary in Kaunas in 1908. He spent a year at the Philosophy of Theology Faculty at Innsbruck University (Austria), but later refused to be ordained.

In 1913, Stulginskis graduated from the Institute of Agriculture at Halle University (Germany). Upon returning to Lithuania, he was appointed Alytus District agronomist.

In 16 February 1918, he was one of the signatories of the Independence Act.

One year later, Stulginskis was appointed the Minister of Agriculture. A co-founder of Ūkio Bankas, the Lithuanian Christian Democratic Party, the Farmers Union.

Stulginskis retired from politics in 1927 and dedicated his time to his farm in Jokūbavas estate.

On 13 June 1941, Stulginskis was arrested by Soviets and deported to Krasnoyarsk, Siberia. He was sentenced to 25 years in 1952, but released two years later.

Between 1957 and 1959 Stulginskis worked as senior science assistant at Vytėnai Gardening Research Station.

Died on 22 September 1969 in Kaunas. Burried in Panemunė cemetery.