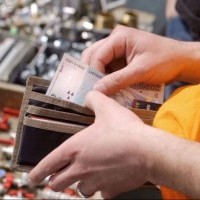 Lithuanian Labour Exchange data show that in 12 January 2012, the number of the unemployed reached 233.8 thousand. It amounts to 11.3 percent country’s working age population. Within a week, territorial labour exchanges gave an unemployment status for 8.9 thousand of job seekers, 2.7 thousand more than previous week.

Among the registered, the biggest number takes people mainly with work experience but there are more than one-fifth -20.7 percent, who are limited due to lost practical skills. 18.1 percent accounts for job seekers who have not worked before.

Most of the jobless, 79.8 percent, acquired business license. 13.5 percent started working in public works. 5.6 percent of people are about to participate in measures to support employment. 0.5 percent of people were employed to brand new jobs and 0.3 percent thanks to rotation. Moreover, 0.3 percent of the jobless will learn a profession. Unemployment insurance benefits were paid to 36.5 thousand (15.6 percent) registered the unemployed. The newly designated were 1662, finished to pay 0.3 thousand of the unemployed, Among them-61.1 percent ahead of time.