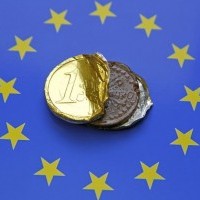 Estonia’s support for Lithuanian eurozone adoption is unwavering, especially since Estonian President Toomas Hendrik Ilves has just declared that he hopes to see Lithuania and Latvia joining the single currency as soon as possible, highlighting that such a move would expand Baltic influence “in the so-called European core.”

Such comments were delivered in an interview given by the Estonian premier to Veidas weekly magazine today. In his views, the president also highlighted that Estonia’s adoption of the Euro was a good step, “we must be honest and admit that some countries of the European Union (EU) want to build a two-speed Europe based on the eurozone. Consequently, it is our aspiration is to see Lithuania and Latvia joining the eurozone as soon as possible. With all three Baltic countries in the eurozone, our common influence in the so-called core of Europe would intensify”, the Estonian president stated.

In the president’s own words, Estonia’ participation in the Eurozone assisted in restoring trust of foreign investors whilst eliminating the external pressure of devaluing the national currency. Furthermore, he declared that “the EU and, specifically, the Eurozone can overcome the crisis we are currently witnessing.”

In addition to that, he also focused on Baltic cooperation, saying that it now included “money, iron, concrete, railway and nuclear power plant. In the 21st century, we no longer need the emotional rhetoric about our common historic legacy so much. First and foremost, we need projects that would join the markets and people of the Baltic countries, connect us better to Europe from the economic and security point of view,” President Ilves concluded.

Estonia adopted the single currency in 2011.